Skip to content
» Who We Are» News» Fundraising quiz success 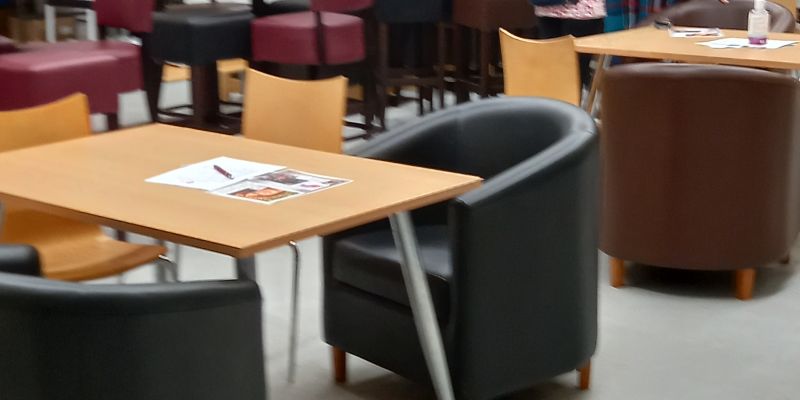 THE return of Phil's (Festive) Fundraising Quiz after a year's absence due to Covid was a big success with 11 teams taking part - and helping to make a profit of £221 for Carlisle Mencap.

There was a change of venue this year with the Harraby Community Campus playing hosts and letting the charity have it for free. There was a bar, teas and coffees and the campus team of manager Liz, Ann and Kerry also served up hot dogs as well!

Organiser and questionmaster Phil Taylor, Carlisle Mencap's communications officer, said: "It was a cracking night. A huge thank-you to all those who took part. Mostly it was teams of four but also a couple playing and even one person on his own but the scoring was very close. And I must also say a big thank-you too to Liz Jackson and her team at the Harraby centre."

As well as the quiz, which was over eight rounds and featured a couple of festive-themed sections as well as a music round, general knowledge and sport, there was a 'Guess The Number Of Sweets In The Bowl' challenge during the interval at £1 a guess, which helped to boost the final total of cash raised too.