Skip to content
Providing support and services for more than 500 children and adults with learning disabilities and their families across Cumbria.
» Who We Are» News» Daughter and dad climbing high for Carlisle Mencap

Caitlin Cook from Dalston and her father Phil will be doing the Three Peaks Challenge this Saturday, September 12, to raise money for Carlisle Mencap! 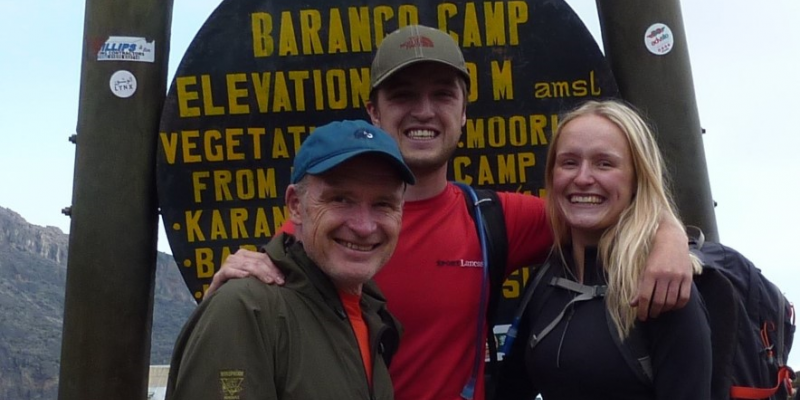 A 20-YEAR-OLD university student from Cumbria is aiming for the heady heights by doing the famous Three Peaks Challenge to raise much-needed funds for Carlisle Mencap – and her father is going to be with her every step of the way!

Caitlin Cook, from Dalston, is a third-year student at Lancaster University studying English Literature and Creative Writing. She and her father Phil, 54, are aiming to do the Three Peaks of Ben Nevis, Scafell Pike and Snowdon this coming Saturday, September 12.

A keen hiker who has often scaled the peaks of the Lake District, Caitlin is no stranger to scaling even higher peaks.

“In 2018 I climbed Gran Paradiso in the Italian Alps and last year I scaled Kilimanjaro in Tanzania for which I raised just short of £2,000 for a close friend who suffers with Ehlers Danlos Syndrome and fibromyalgia,” said Caitlin, who as well as being a keen walker is also training to compete in triathlons and who is a member of the Lancaster University netball team.

“I decided to do the Three Peaks Challenge with my dad as the Covid restrictions meant we couldn’t travel too far. We are both incredibly competitive and work hard to push each other to reach our targets.”

Caitlin is keen to pursue a career in the Third Sector including charities, which is one of the reasons she chose Carlisle Mencap – the Cumbria-wide charity which provides support and services for more than 500 adults and children with learning disabilities – as the cause to raise funds for.

She added: “Carlisle Mencap’s work in the community is invaluable in terms of supporting not only people with learning disabilities but also their families, especially in times such as these where that extra support is desperately needed.”

Phil Taylor, the events and fundraising officer, said: “We are so thrilled that Caitlin and her dad are doing this challenge for our charity. Because of lockdown, so many vital fundraising events have bitten the dust so we cannot thank them enough for their support – and we hope the generous people of Cumbria will support them too and sponsor them!”

To sponsor Caitlin, go to the Carlisle Mencap JustGiving page at   https://www.justgiving.com/fundraising/caitthreepeaks

The photograph showsCaitlin Cook, with her brother Jack and her father Phil after completing their charity hike up Kilimanjaro last year. Caitlin and Phil will be tackling the Three Peaks Challenge for Carlisle Mencap. Brother Jack is unavailable for the family’s latest adventure!