Skip to content
Providing support and services for more than 500 children and adults with learning disabilities and their families across Cumbria.
» Who We Are» News» £795 raised by Bikeathon!

Our two-day Bikeathon at Tesco's Rosehill store in Carlisle raised a fantastic £795.63! 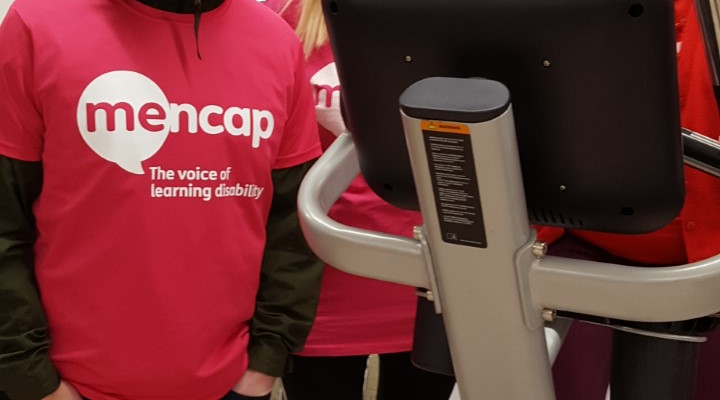 We've now added up all the notes and coins from our two-day Bikeathon at Tesco's Rosehill store in Carlisle - and the final figure is a wonderful £795.63!

The Bikeathon was organised to raise money for marathon man Dan's sponsorship target.

Dan Campbell, team leader with our Independence Studio, is running the Virgin Money London Marathon on Sunday, April 26, and has to raise a minimum £2,000 sponsorship.

Many staff members, trustees and service users took part by doing a stint in the saddle of the exercise bike, kindly lent to us by Carlisle Youth Zone. Dan and events & fundraising officer Phil Taylor were there for the duration on both days but committee man Steven Bowditch also did stints on both days, while others having a go included Morag, Rachel, Barbara, CEO Sheila, Scott, Victoria, Joanne, Callie - and service users Stuart, Mave and Sam!

Phil said: "We cannot thank enough the generosity and support of customers and staff at Tesco over the two days - and also for all those connected with Carlisle Mencap who came along to take part. Sore limbs a very small price to pay for such a successful and enjoyable fundraising event!"

Over the two days we managed to pedal an impressive 140 miles. The Bikeathon also received publicity through the News & Star, The Cumberland News, That's Cumbria TV and BBC Radio Cumbria - the latter seeing presenter Val Armstrong interviewing Dan during the the Saturday session.

And you can many more photos of the event on our Gallery section of this website!

We will be announcing the final total raised sometime in the next few days. You can, of course, still give towards Dan's sponsorship by going to the following links: